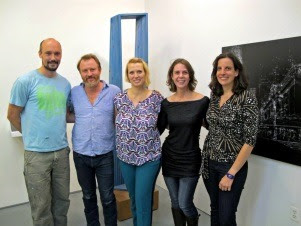 From left to right: Jason Peters, Nils Folke Anderson, Katerina Lanfranco, Helen Dennis, and Ann Stewart; all photos courtesy of Rhombus Space, unless credited otherwise
Katerina Lanfranco, the artist-gallerist-curator who runs Rhombus Space, has wanted to curate shows and run a space for a long time, but the right conditions never presented themselves as clearly as they did this year.  When her grad school friend left their shared Red Hook studio space, Lanfranco needed to decide what to do next. Knowing that she would be in an ebb period of her studio practice after a successful show at Nancy Hoffman Gallery a few months earlier, she chose to use some of her art sales to start Rhombus Space. Since September 2013 her gallery is run as a self-contained exhibition space, which is also an extension of Lanfranco’s studio practice as a visual artist. “I have always liked the idea of blurring public and private distinctions,” she adds with a friendly smile, while slightly opening a light curtain which marks the border between her private studio at the back and the public space at the front.  Blurring the lines between art and life is not only evident in Lanfranco’s space, but also in the artwork that she likes to show there. 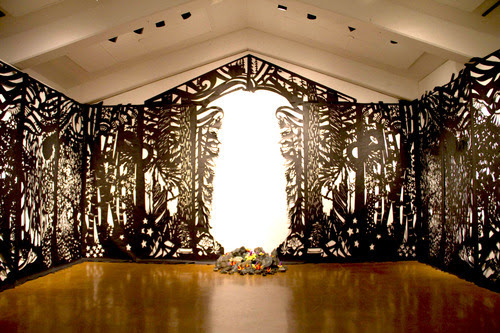 So far, Lanfranco has met the artists whose work has shown at Rhombus Space in a number of different ways, such as grad school, artist residencies, open studios, exhibitions, and through other artist recommendations. In fact, the exhibition themes develop with specific artists in mind; “it’s almost like arranging a dinner party and imagining which artists’ works would complement each other, and what dominant theme might emerge from the dialogue between them,” she explains. It is evident from this show that in her curatorial practice Lanfranco aims to enhance the exhibition dynamics by the overall design, grouping and relationship between the pieces. She emphasizes that she is hoping that viewers will be excited not only by the strength of individual artworks but also by the collective power. 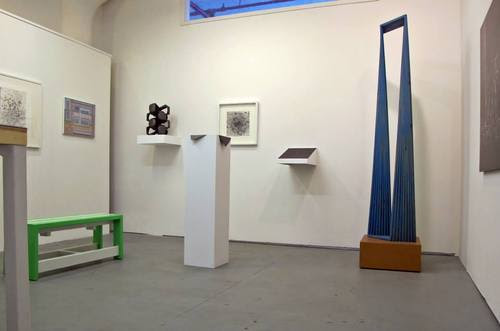 Fine Lines at Rhombus Space, partial overview
For Fine Lines, the second group show at Rhombus Space, Lanfranco chose artists with strong formal sensibility, shared interest in architectural design or linear details, and focus on bringing the viewer’s attention to familiar forms that people tend to overlook in daily life. Utilizing scale, lines, volume, and color expressed in a variety of media, Lanfranco manages to activate the rhombus room itself as a cohesive architectural entity, while blurring the lines between photography, sculpture, painting, drawing and printmaking. For instance, placing Nils Folke Anderson’s small-scale wood structure of blazing orange horizontal and vertical frames laying on top of a grey-lined wooden table in front of Ann Stewart’s black and white linear drawing on the wall, creates a vibrant dialog between these two juxtaposing pieces. Likewise, as the viewer’s eye wonders to the opposite corner, Anderson’s tall and narrow wooden rectangular structure with its vibrant blue linear patterns, vividly converses with Helen Dennis’ luminous black and white light photographic drawings on the wall. 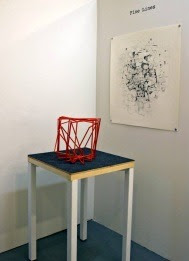 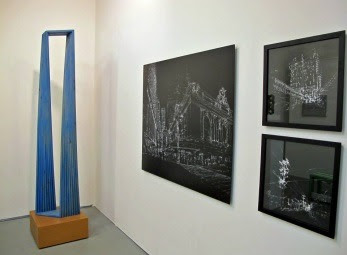 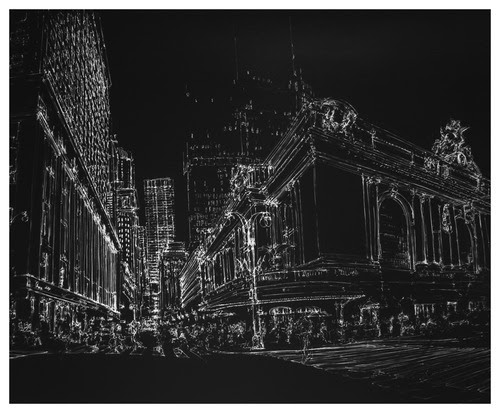 Jason Peters, another Bushwick artist, also defies clear categorization in his playful yet elegant paper sculptures. Ranging from flat to three dimensional, hanging on a wall or laying on a pedestal, these forms are all made of black paper which is covered with meticulous repetitive patterns of silver ink. They reflect the artist’s interest in shifting common objects from having a utilitarian function to a conceptual one. 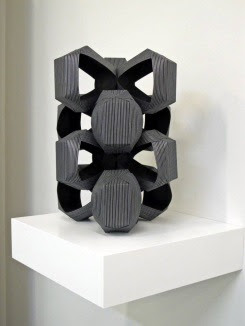 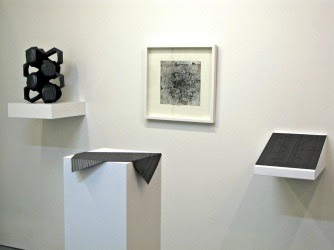 Hovering between painting and sculpture, Nils Folke Anderson’s painted wood Reciprocal Link sculptures explore architectural forms, where elements can be alternated so that each one has the exact same position as the next. 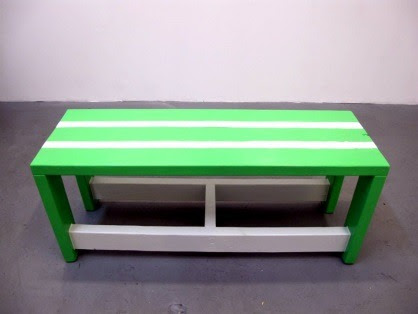 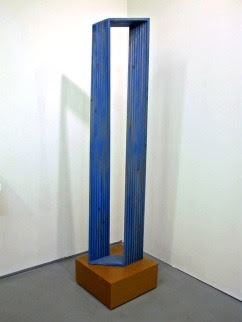 Untitled by Nils Folke Anderson, painted wood, 2012
Surprisingly a relatively novice printmaker, Ann Stewart’s energetic drawings translate into skilled etching and aquatint prints which scramble the border between living systems, natural elements, and architectural structures. In a labor-intensive process of repetition, proliferation, and reconstruction, her continual drawing and erasing of an image results in a wonderfully complex linear vocabulary that alternates depending on the viewer’s perspective: From close-up, the images resonate a deconstructed hand-drawn map, whereas from a distance they resemble an abstracted landscape. 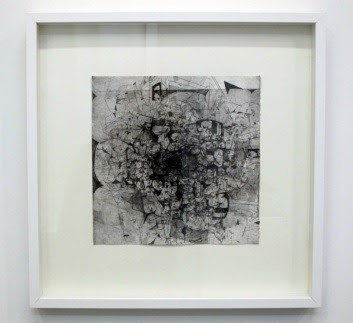 Epicenter by Ann Stewart, etching and aquatint on paper, 2013 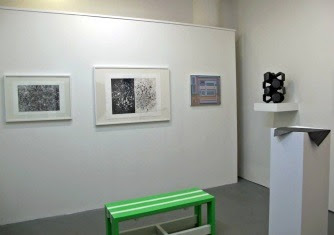 This successful group show embodies why Lanfranco sees Rhombus Space as liberating in that she could emerge from her hermetic studio practice which dominated the last couple of years, into a relationship with art that is more open, and engaging with others. ”It’s already been a nice change of perspective,” she concludes. 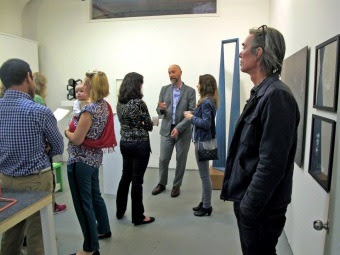 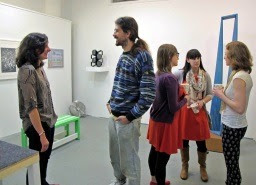 Fines Lines will be on display at Rhombus Space from October 18 to November 17, 2013

Posted by KL at Monday, November 11, 2013
Email ThisBlogThis!Share to TwitterShare to FacebookShare to Pinterest